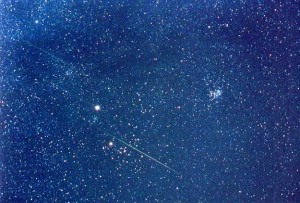 There may be three times as many stars in the known universe as the number previously calculated, according to new research done at the Harvard-Smithsonian Center for Astrophysics in Cambridge, Massachusetts. Astronomers have until now used as a yardstick the number of brown dwarfs in our own Milky Way Galaxy to calculate the number of stars in all the other galaxies, but that yardstick may not be reliable.

Brown dwarfs are mass-heavy bodies too large to be a planet, yet too small to sustain the stable nuclear fusion of a real star; they are larger but in some ways comparable to Jupiter*—they simply have –never “ignited”, so to speak, and thus do not emit light like real stars. For this reason, they are difficult to spot, and their presence must be deduced by the effect of their gravitational “lensing”, or bending of the passing starlight coming from the stars behind them (in the same way that science is deducing the presence of Earth-like planets).

Astronomers have established with reasonable certainty that the ratio of brown dwarfs to real stars in our Milky Way Galaxy is roughly 100 invisible dwarfs to one actual star, and until now, it was believed that that ratio applied to all galaxies. However, the Milky Way is a spiral-shaped galaxy, and the new research has shown that in the eight elliptical galaxies there are many more brown dwarfs per full star, on the order of 1,000-2,000 to one; considering that the known universe is composed of one third elliptical galaxies, this newly discovered ratio, extrapolated outward, gives us the new presumptive estimate of “at least” three times as many stars universe-wide as previously thought.

This new template, if true, will also mean that the galaxies have a much greater mass, and that they developed earlier and faster than the standard Big Bang model can account for. If the standard model cannot account for the greater mass, what can explain it? We are told in The Book of Knowledge: The Keys of Enoch® by J.J. Hurtak, PhD., that “ “our universe began on a spiral” rather than in a steady state or “Big Bang” position.” (See Key 109).

As the mysteries of creation seem to deepen with every discovery, we move forward in the expectation that we will ultimately attain “mastery over mystery”, and that the sciences of the Earth will be brought into phase with the unimaginably vast and poetic beauty of creation.

*Note: Although Jupiter is indeed a huge planet with a great mass, it is not considered to be a brown dwarf. However, some astrophysicists have for decades believed that it possesses the potential for future “stardom”—that is, it is not a static body but a very energetic one, host to many dynamic processes, and is continually absorbing more mass from the incoming comets and other space debris which it attracts with its strong gravitational pull (as in the spectacular crash of Comet Levy-Shoemaker); it has been speculated by Arthur C. Clarke, among others, that Jupiter could actually at some point accumulate enough mass to see the initiation of a reactor state and become a real star.

Link to article from the New York Times regarding new research:
www.nytimes.com/2010/12/02/ science/space/02star.html?hpw